Goal!!!! Israeli and Palestinian Kids Score by Taking Part in a Soccer/Peace Program

I'm not a great athlete but I've got to admit, there's nothing like sports for bringing people together, especially people that don't like each other. Last week, after a horrible, stressful summer that was one big battle between us and Hamas, Israeli kids from Sderot and Gaza border communities – yes, the same kids who had missiles shot at their city and kibbutzim – got together with Palestinian kids from the West Bank town of Yatta to show that both sides can have a lot of fun together.

They met at the Peres Center for Peace's annual after-school soccer program. 80 Palestinian and Israeli kids came to the Center for the season's first training program. They play in joint soccer teams and take part in a special education program for peace. So there's soccer training and also peace education program activities where they get to know each other, learn each other's language and become friends. I mean real friends who try to understand each other.

Naturally, former President Peres was there to greet them. “You will spread word of the games, of peace instead of confrontations,” he said, adding: “Everyone loves to play soccer, regardless of religion or nationality.” Before blowing the whistle to start the game, President Peres reminded the players that “soccer isn't played one against the other but one alongside the other.”

You know what? Former President Peres is really on to something. Everyone in this part of the world does love soccer. How do I know? Don't laugh, but when the World Cup finals were televised in July, I could have sworn there were no missiles fired or bombs dropped 'cause everyone on both sides was glued to the TV for a couple of peaceful hours.

Issa, the coach of the Palestinian children is also the coach of a joint team, and boy was he enthusiastic. “I’m excited to see you after months in which we were unable to meet,” he said. “I hope that on this pitch we can begin something new, that we can go back to enjoying playing soccer together.”

Hey, if soccer is what it takes to bring us together, I'm all for it. I mean, isn't true peace between both sides our mutual goal? So every time someone scores I'm going to shout GOAL, cause peace through sports. That's my kind of language. 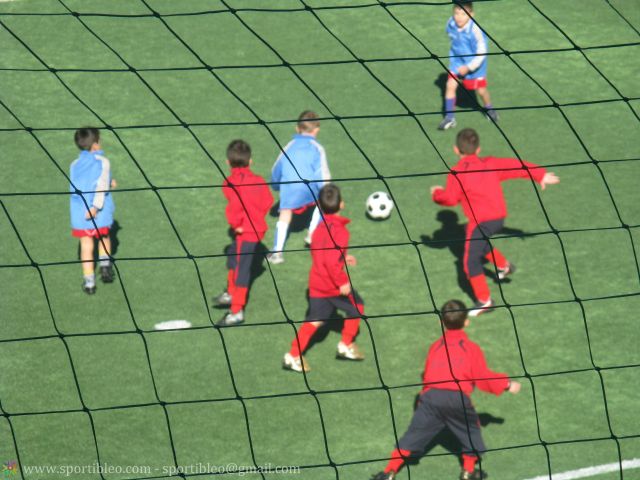 More in this category: « I'm Reading About Golda Meir When She was a 9-Year Old School Girl in Milwaukee Reading About the Tower of Babel While Living in the Multi-Cultural Land of Babble »
back to top