You are here:Home>blogs>Jewish Holiday Customs>Holocaust Memorial Day: The Distance is Getting Too Great
Sunday, 12 April 2015

Holocaust Memorial Day: The Distance is Getting Too Great 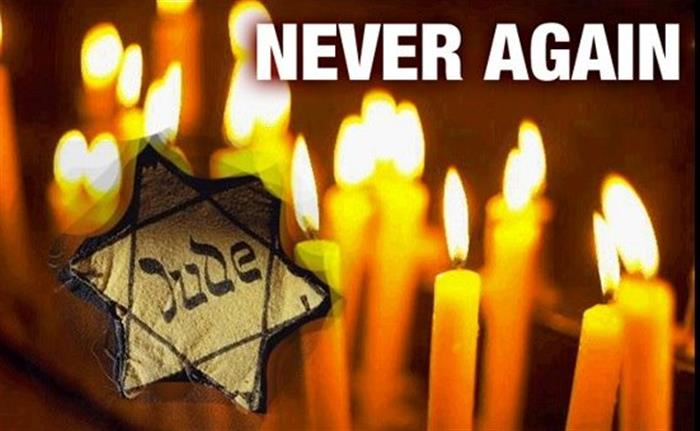 Last week I went to see Woman In Gold. Aside from the fact that I'm a big fan of Helen Mirren, I wanted to see the film because it is set in Vienna -- my late father's "hometown." The same city he was forced to flee in 1939 after delivering the last sermon in Vienna's Stadttempel.

While recalling the visit I had another flashback to a much more recent encounter. It took place last year, when I attended a play in Jaffa (Israel) presented by the blind. A large group of Jewish American tourists were also in attendance, some of whom were meeting each other for the first time. Assuming that I was part of them, they asked me where I was from. When they heard Kfar Saba, and that I had been living in Israel for 36 years, they smiled and that was about it. I couldn't help myself, so I struck up a conversation with the woman sitting next to me, who happened to be a teacher. I asked her if it was true that today's Jewish Americans don't have the connection to Israel that my generation had. When she nodded yes, I asked her why. Lo and behold, one of the reasons she gave was: "the further away the Holocaust is, the less Israel becomes a significant factor."

Clearly, a piece of our puzzle is missing -- the memory factor.  Part of being Jewish is always to remember. After all, didn't we just finish remembering the Exodus from Egypt?  Didn't we remember the plight of the Jews of Shushan a mere month ago? Didn't we remember the rededication of the Second Temple on Hanukkah? Five months earlier, didn't we fast on Tisha B'Av as a way of remembering and mourning the destruction of the First and Second Temples, and our subsequent exile from the Land of Israel?

That's why the Holocaust shouldn't be allowed to gain an emotional distance. It merits being an enduring part of our collective memory line-up, requiring its own form of commemoration. In 2002 the Conservative Movement in Israel (known as the Masorati Movement) took an important step by creating “Megillat Hashoah” — “The Scroll of the Holocaust”. They did so out of a firm belief that historic events are remembered in Judaism only if it they are connected to a religious ritual. After all, they asked, what will happen when there are no more living survivors? Will the ceremony of lighting six torches in Yad Vashem's courtyard continue?

I think they were, and continue to be, on the right track; one that gives me an idea for a class project -- certainly too late for this year, but not for next. How about creating a class Shoah Scroll? Have students research long lost relatives who could have become part of their personal narrative had the Nazis not had other plans. Let your students write commemorative pieces for these relatives and add personal blessings for longlasting memory. At the end of the project -- put the scroll on display for Yom Ha'Shoah.

Once comfortably planted on our commemorative shelf, the Shoah's distance will never be too great and Israel will regain its significance.

P.S. You may want to have a look at my book Keeping The Promise to help kickstart your Megillat Hashoah. This award-winning book tells the gripping story behind the Sefer Torah (Torah scroll) that Ilan Ramon took up into outer space.

As you turn the pages, a chilling, true Holocaust Bar Mitzvah story unfolds, ending with an uplifting message. 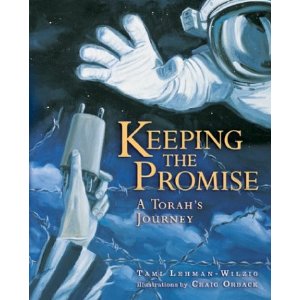