Since today is International Women's Day and we're celebrating the achievements of women, let's give Miriam the prophetess credit where credit is due. Without Miriam -- Moses' big sister -- there would be no Passover. Rather it would have turned into a non-holiday that was passed over.

While Moses and Miriam are not mentioned in the Haggadah, there's no denying that Moses is the star of this story and Miriam is an Oscar winning Best Supporting Actress, with the accent on support. First she supported Moses by hiding him in the side of the river. Then she watched Pharaoh's daughter discover him in the reeds, and suggested to the princess that she use Yocheved -- Moses and Miriam's mother -- as her wet nurse.

Later on in the story, Miriam seamlessly transfers her support to the Hebrew slaves, encouraging them to embrace freedom by taking a tambourine in hand at the Red Sea after Pharaoh's army drowns, and sings a song of victory. Possessing innate leadership qualities, she sets an example for the Hebrew women, who take up their own tambourines, following Miriam's lead in dance and song.

And so we have the foundation for a wonderful custom relayed to me years ago by a neighbor of Iraqi origin. At her family's seder table, all the women rose from their chairs once the family completed reading the first part of the Haggadah. No, it wasn't to serve food. At least not right away. Armed with their own tambourines they tapped their timbrels, shook the "zils" (pairs of small metal jingles positioned around the tambourine) and paid homage to Miriam -- leader, prophetess, first Jewish percussionist and choreographer.

Sounds like fun? You bet.  For more fun customs to liven up your seder have a look at my book Passover Around the World. Go through it page by page and script an unforgettable seder that the family will talk about for years to come. 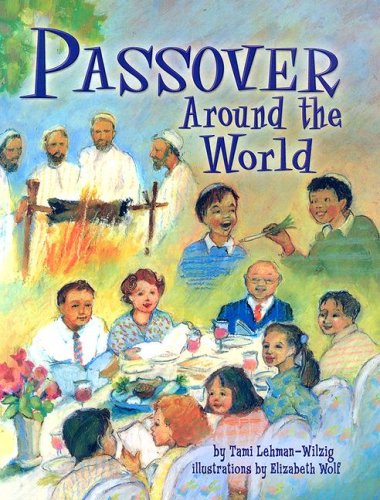 More in this category: « Purim Groggers -- How Did This Custom Begin? Liven Up Your Seder with This Italian Custom »
back to top