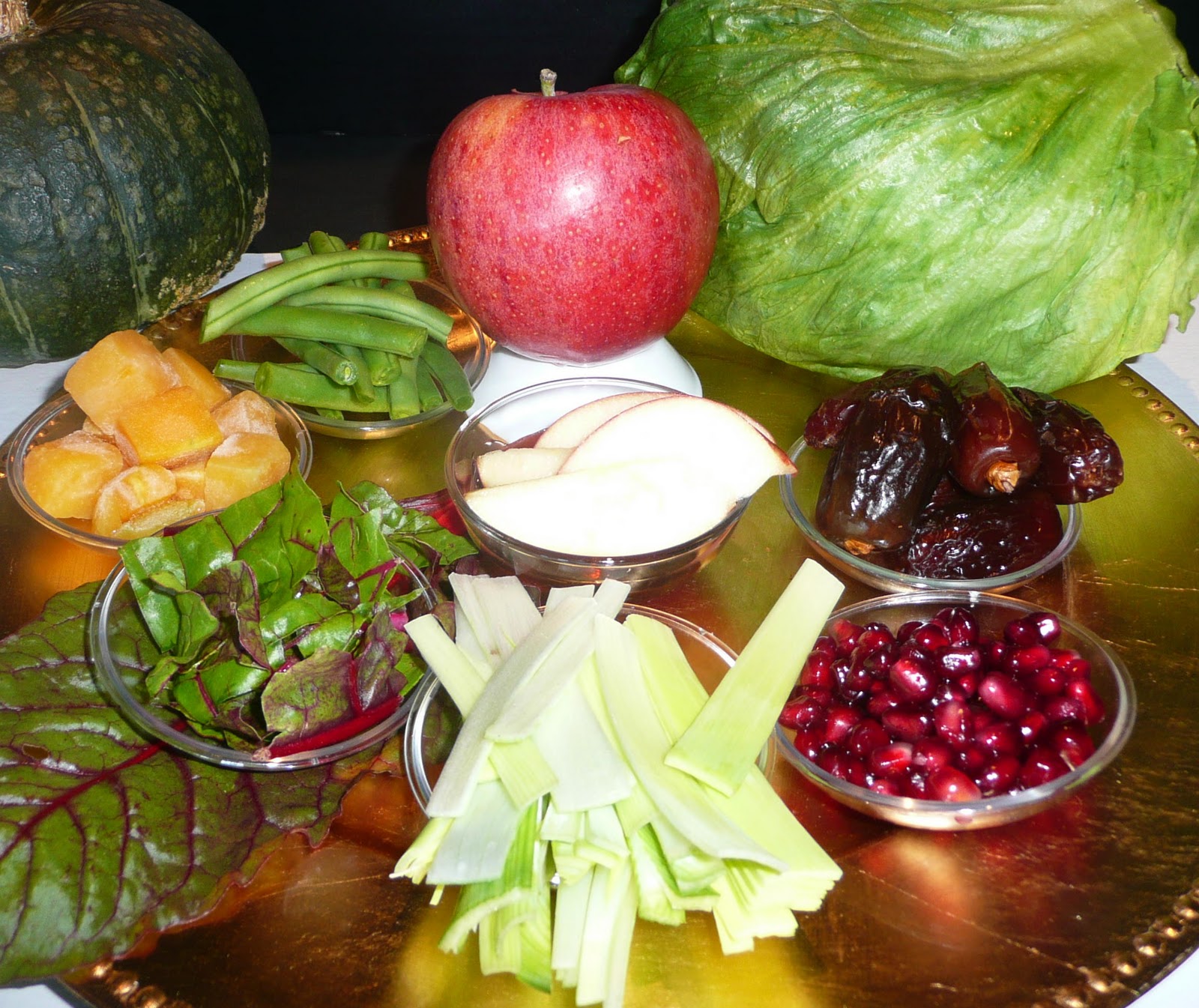 The common denominator between Rosh Hashanah and the new school year? Seder! Especially if you follow a custom that dates back to the Talmud and continues to be a favorite among Sephardic and Mizrachi Jews.

The same holds true for Rosh Hashana – a new year buzzing with wishes for health, happiness, safety and prosperity. In the Talmud (Tractate Keritot 6a and also Horayot 12a of the Babylonian Talmud) Rabbi Abaye suggests that at the beginning of each new year, people should make a habit of eating food growing in abundance. During Rabbi Abaye's time that meant pumpkin, leeks, beets, dates, and a bean-like vegetable called ruviah or rubiyah. Because they were plentiful, they symbolized prosperity, for which Rabbi Abaye rightfully felt we should be grateful.

The idea caught on and continues today on the first night of Rosh Hashanah among Jews whose ancestors came from Spain, Portugal and the Middle East. It's called the Rosh Hashanah Seder and is the prelude to the meal. Other vegetables have been added and blessings are said over each one. The fun comes in the associated pun. Carrots are a good example. Those who incorporate this vegetable into their Rosh Hashanah Seder do so because the Hebrew word for carrot is gezer, and Rosh Hashanah begins the period of gzar din – judgement.

So let's connect the dots with the Rosh Hashanah Seder and the new school year. First of all, have a look at a traditional family Rosh Hashanah Seder. Now add your own spice by finding the right link between a fruit or vegetable commonly eaten on Rosh Hashanah and school. Make that fruit/vegetable part of your seder and create your own punny wish.

I'll get you started. One fruit commonly associated with Rosh Hashanah is apples. Slice up an apple and put it on a dish. When it's time to make the blessing on the apple, hand the slices around, saying to your children: May you be the apple of your teacher's eye this school year. Similarly, if you're putting dates on the table, how about saying: This year, let's make a date to do......

More in this category: « When in Rome Do As The Romans Do: Shofar Blowing on the Sea Click on Send: Giving New Meaning to the Tashlich Custom »
back to top