A recent article in the New York Times about the importance of bedtime storytelling got me thinking. The author – Paul Underwood – rightfully pointed out that to be a successful storyteller you have to follow the three P principle: Pitch, Pacing & Pausing. I want to add a fourth P – Personal – and I want to suggest a new genre: Storylooms. Like heirlooms, Storylooms are personal stories handed down from the older generation. Here's why I suggest you personally engage in this new storytelling category. 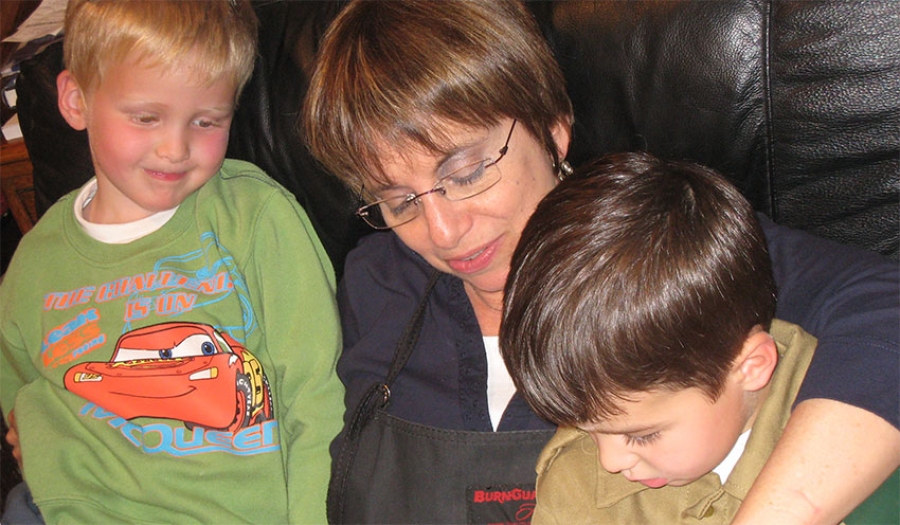 I have vivid memories of my father tucking me in every night with a story that he made up off the top of his head. It wasn't just a story, it was my first encounter with a  literary series that had a different episode every night. It was almost the equivalent of a children's soap opera and it had a name: The Adventures of Pierre & Paul. The serial took place in France, and each nightly installment revealed another Pierre and Paul caper. The truth was, the stories were all about my father.  Once upon a time, this cultured Viennese gentleman was a playful little boy, a practical jokester.  As he grew and matured, he travelled and developed a great love for France and the French language. By creating these two protagonists he transferred his own stories into the prankish Pierre and Paul personas, and retold his mischievous past to his little daughter. I eagerly looked forward to our nightly storytelling half hour together, secretly knowing that the tales were all about him. What a wondrous, cozy time that was, and it belonged to me, only me. It lasted several years until I transitioned to book reading before sleeping. But the warm memories continue until today.

Fast forward several decades to my becoming a parent. Like my mother, I did the giant load of parenting during the day and handed over bedtime to my husband. Once our boys were old enough to hear bedtime stories told off the top of their father's head, I heard a repeat performance of my father in a more straightforward manner. My husband Sam created a nightly series called Sammy Stories. Every night our sons reveled in the pleasure of knowing that their professor father had been as puckish as they were, and once upon a time also had a BIG mouth! Some of the tales were so juicy that repeat performances were requested night after night, until my husband insisted on telling a new episode. Oh the fun they had! What an eye opener for our little boys who only knew a more mature, reasoned version of the prankster.

Now I am a grandmother and I find myself continuing the cycle. Pre-Corona we were on a day's outing with the grandchildren. Siblings are siblings, and they found a way to quickly get on each other's nerves, shouting and goading each other on, even though I had a host of activities waiting for them. It was only fifteen minutes in to what looked like a very long and noisy hour drive. Suddenly I remembered Pierre, Paul and Sammy. “Hey!” I said. “Would you like to hear some stories about your father when he was your age?” Silence. I wasn't sure what the deafening hush meant until our older grandchild said in typical Israeli fashion: “Nuuu...” And so I began a new series of Storylooms that carried us through a round trip with eager listeners hanging on to each detail.

Tweet
More in this category: Lasting Impact »
back to top