It’s my mother’s Yahrzeit and it’s not easy for me to find a minyan. Life has turned into an indoor/outdoor numbers game thanks to a plague pushing security barriers in place and fear into our lives. I contemplate the new normal and ask myself how would Mommy handle this? Is there a Mommy in me? 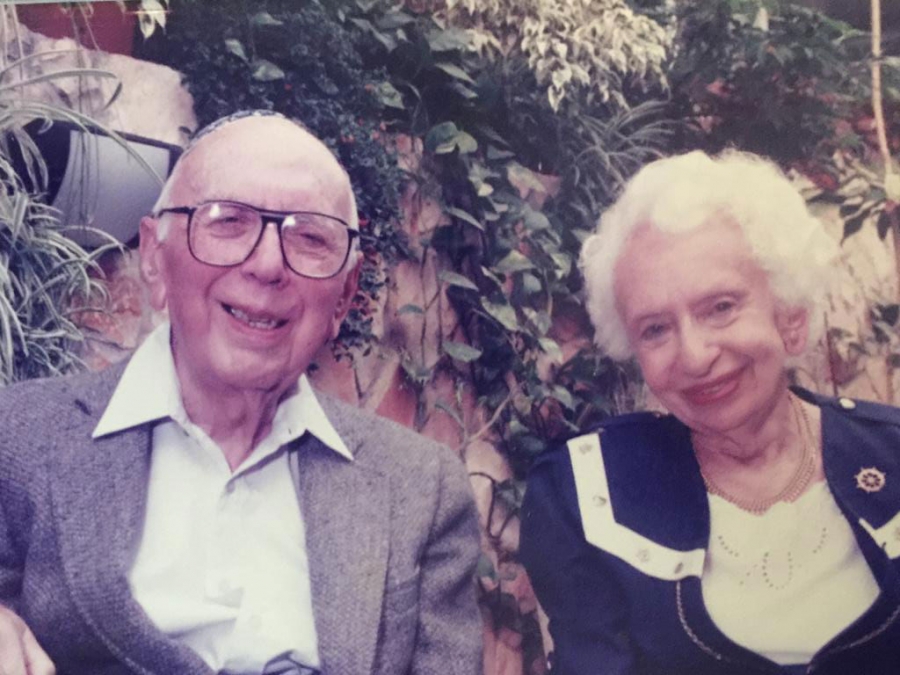 I certainly inherited her pension for laughter. Family legend has it that hours before my mother gave birth to me at the age of thirty-nine-and-a-half, she had a hearty laughing fit. Her nieces cautioned “don’t laugh so hard Aunt Petty, you’ll go into labor.” Cause and effect? Who knows, but less than 24 hours later, I arrived. My cackle is so loud and infectious that adult diapers are called for all who are in my vicinity.

Whereas Mommy had been thin and a poor eater when she was little, chubby little me had a hearty appetite. Her sense of outdoor fun didn’t translate well either. I was low on the scale of eye-hand coordination. But she wisely made sure I learned how to swim by age eight, personally taught me how to play tether ball and ping pong when I was nine, and found someone to teach me how to bowl, which much later on helped me strike it right with my husband on one of our first dates.

There were more differences. A book worm from an early age, my mother brought a reluctant reader with learning problems into the world. I remember her searing comment to me on a Shabbat afternoon: “How can a child of ours not love reading?” Ouch that hurt, but she didn’t mean to sting. She simply wanted to change me, and stubbornly pursued one reading track after another until she found the genre that sucked me in – mysteries.

Mommy’s love of prose led her to a love of theater. An actress is what she wanted to be, shot down by a loving but domineering father who declared the profession unsuitable for a nice Jewish girl. She channeled her acting energy into different directions. Living in Manhattan made it easy, but when I reached my 10th birthday and received two tickets to my first Broadway play as a birthday gift, instead of a pampering, gift-wrapped box, the disappointment was colossal. Fortunately, as with books, she picked the perfect weapon – tickets for The Miracle Worker starring Patty Duke. To this day, I can recall the performance. I was sold. After that, every subsequent birthday meant a different Broadway play.

In 7th grade the show bowed in my bedroom when I came down with a serious case of the measles and the shades had to be lowered to protect my eyesight. My class was reading Huckleberry Finn and my bookworm, actress mother made sure I wouldn’t lag behind. Every day, a chapter was not read out loud but enacted, with different voices for Huck, Jim and other characters…and I had a front row bed! You can imagine the letdown of recuperation. “You’re not going to read to me anymore?!” I protested. With Mommy there were free rides, but only up to a point. “You’re perfectly capable of continuing on your own,” she said. End of argument.

As loving and caring as Mommy could be, it fast became clear that her end goal was to make sure only child me would stand on my own two feet. She put her foot down and insisted that I go to a college at least one hour away from home. There would be no daily home cooked meal or family laundry service for me. Even one of the biggest traumas of my life brought to the fore her steely resolve of instilling in me a heavy dose of grit. Two weeks before high school graduation I was attacked by a group of five teenage thugs on my way home. They wanted my purse and beat me up to get it. I returned to our apartment dazed, with a swollen eye, ripped shirt, a severely battered hand and other bruises. She audibly sucked in her breath, gently led me to the bathroom where she tended to my wounds, kissed me, told me to rest, then called my father and promptly broke down. The following day I stayed home. She pampered me morning, noon and night until I asked: “You’re walking with me to the bus stop tomorrow aren’t you?” My heart sank when she answered “No. You’re a big girl and you’re going to have to learn how to do this on your own.”

Of course I did. In a few months-time I was going to be living four hours away from home. Mommy accompanied me to Boston, helped me unpack, set up my dorm room, enrolled me in the MIT, Friday night Hillel House Kosher meal plan in order to make sure I ate one meat meal a week…and possibly meet a husband. Towards the end of that year I had the nerve to mail my dirty laundry home. She didn’t knuckle under. She left the open, stinking box on my bed, waiting for me when I returned home.

When I became an ardent Zionist, I announced my intention of living in Israel, and eventually made the move with Sam. Mommy cried at the airport, but inwardly must have victoriously smiled. She had succeeded. I was no pushover. I knew what I wanted out of life and was determined to achieve it. “Why don’t you move with us?” I asked. “We’ll move when we need you,” she answered. Which is exactly what they did. During the fourteen years between the time we moved, and my parents subsequently did, there were two constants for her – living a full life with my father and seeing us twice a year. Mommy loved traveling the world with my father, enjoying every experience, including learning how to squat over a hole in Morocco at age 75, in order to urinate. When my parents finally did move, Mommy made sure there were no role reversals, reminding me in one conversation when I was apparently overbearing: “I think you’ve forgotten who the mother is.”

There are plenty more tales to be told about the 15 remaining years of my mother’s life. Fourteen years ago she suddenly, but not surprisingly, left this earth. This year, on her Yahrzeit, I want to celebrate her life and laud the woman who always said: “Daddy is the interesting person, not me.” She may not have been fascinating, but it was Mommy who had her feet on the ground; Mommy who was self-effacing; Mommy who was stubbornly persistent; Mommy who had a sense of proportion about everything in life. “I’ll cross that bridge when I get to it,” was her constant motto, prompting my father to dub her “the great bridge crosser.”

I hope I have a bit of her modesty. I do know that her perseverance, love of reading, theater, history, humor and laughter are certainly a part of me. As for navigating Corona, I’m not making any plans or thinking about what will be. I’ll cross every bridge when I get to it. It’s my way of saying thank you Mommy for the Mommy in me.

Tweet
More in this category: « Lasting Impact Why is This Hanukkah Book Different from All Others? »
back to top