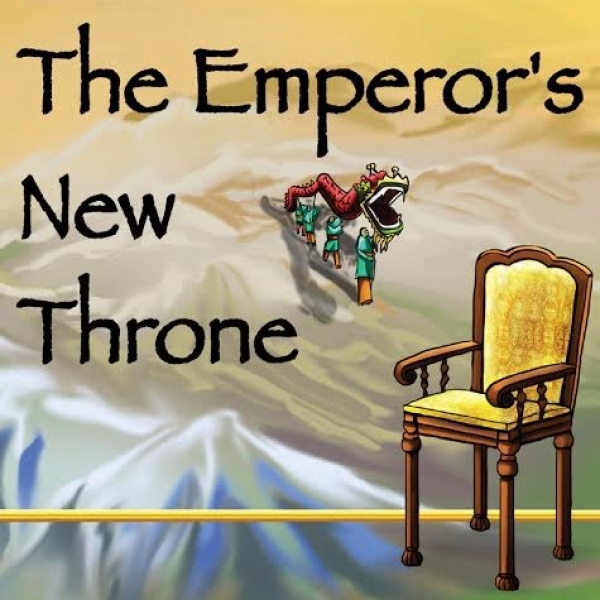 Eliezer Ben-Ezra was a master weaver of silk. He lived in ancient Persia and travelled in a merchant caravan along the Silk Road until he finally reached Kaifeng, China. More Jews followed and formed a community. Word about Eliezer's skill as a weaver spread throughout the kingdom. Even the Emperor heard about Eliezer and made it his business to meet the silk weaver and see his creations.  The Emperor was so impressed that he returned again. This time he found Eliezer hard at work in the synagogue, making a magnificent upholstery for the Moses Chair used for the Torah reading on Shabbat. The chair looked very regal, the fabric royal. The Emperor immediately declared he wanted it as his throne. Eliezer had to decide: serve the Emperor or serve Hashem – God. How did Eliezer solve the problem? Did he choose one over the other or did he serve both?

- Story Discussion about the Jews of ancient China – where they came from and why. The discussion also ties in the story plot, characters and the Moses Chair custom. An activity guides students on different types of chairs and different uses of chairs in the Jewish tradition.

- Mapping Activity dealing with ancient Persia, the famous Silk Road and China,  locations of different Jewish communities in China throughout the ages.

- Architecture and Design lesson deals with the architectural design of specific synagogues around the world and in the United States. Comes with photos of synagogues, discussion activity and an engaging architectural rendering activity.

- Build Your Own Model Synagogue. Instructions are provided along with a suggested letter to parents, inviting them to a final exhibition.

- Bonus Lesson: Silk in Nature and Trade. How is silk made, what are its uses in general and how is it used on Shabbat? Comes with exciting activity incorporating nature and silkworms, history of silk, silk trade today, and contemporary uses of silk.