You are here:Home>blogs>Jewish Holiday Customs>The Social Justice Side of Tu B'Shvat: One Hand Feeds Another
Sunday, 18 January 2015

The Social Justice Side of Tu B'Shvat: One Hand Feeds Another

While everyone equates Tu B'Shvat with Arbor Day, there's a social justice side to this holiday that seems to have gotten lost in translation.

Way back, when the Rabbis wrote the Mishna (the first part of the Talmud), Tu B'Shvat marked the beginning of the crop year. By conducting a field study in which they examined plant life in pastures and orchards, the Rabbis concluded that each year's tree growth began on the day the sap started to rise in the trees, and that date just happened to have been Tu B'Shvat -- the fifteenth day of the month of Shvat.

Once this agrarian milestone was established, the rabbis proceeded to determine laws revolving around it. As a result, every year orchard farmers had to measure and set aside a prescribed portion of their crops for a tithe -- a holy gift. This is when the social justice side of Tu B'Shvat kicked in. Farmers were instructed to give a portion of their produce to the Temple, the Levites and the poor -- to the Temple as a holy offering; to the Levites because they were not allowed to be landowners (they were the musicians and gatekeepers of the Temple); and to the poor because Jews were commanded in the Bible to make sure that the needy be fed. Have a look at the Book of Deuteronomy, Chapter 15, sentence 11. It's one of several examples. 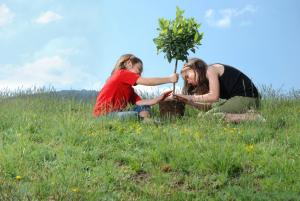 While tree planting and holding a Tu B'Shvat Seder are the customs generally found on our radar, this long lost practice may very well be the root of a custom practiced numerous generations ago in Jerusalem's Old City. Back then, Jerusalemites sent Tu B'Shvat Mishloach Manot trays of fruits, nuts and seeds to one another in order to make sure that everyone had enough for their own Tu B'Shvat feast. Fast forward to the 21st Century and I am sure you can find a way to reach out to the needy on Tu B'Shvat. You may want to make a donation to Leket Israel - Israel's National Food Bank. Similarly, maybe it's time to locate your local food bank and lend a helping hand. If you literally want to roll up your sleeves, volunteer at the closest soup kitchen to your home, or help open one at your synagogue. Enjoying choice dried fruits on Tu B'Shvat has greater meaning when one hand feeds the other. 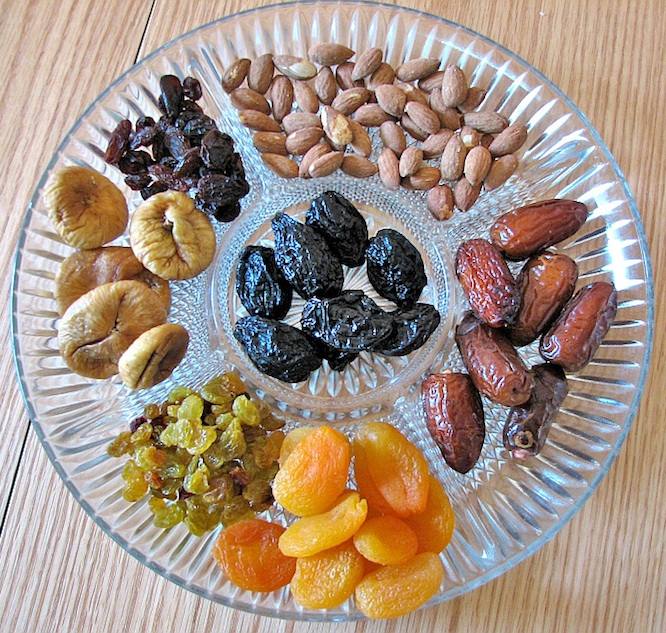 More in this category: « A Reuse, Recycle Hanukkah Custom from Kurdistan A Poem As Lovely As A Tree »
back to top