I will never forget the words of Judye Groner, co-founder of Kar-Ben Publishing, when we signed the contract for my first English language children’s book, Tasty Bible Stories. “Never give up your day job!” she cautioned. I was such a busy, deadline-driven, advertising copywriter that I laughed off her advice. Me, stop working? It never occurred to me, at least at the time. 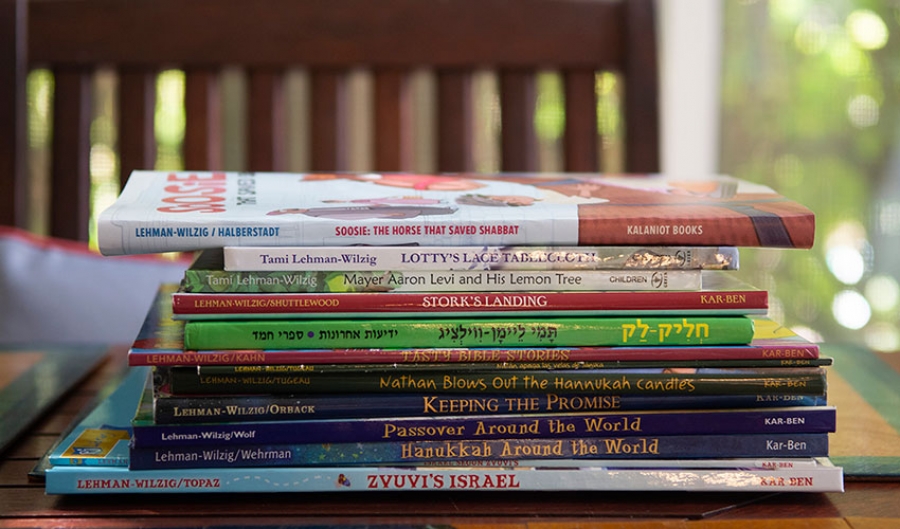 Eventually career burn-out did set in. It was tough maintaining a crazy pace for over 35 years, and as much as I loved creating all the wordplay, clever advertising twists, and working with wise-cracking Israeli clients, seven years ago I decided enough was enough. I gave up my day job. I’m going to be a full-time children’s book author, I declared. With 10 books under my belt, PJ Library selecting several for their North American, Central American and Eastern European markets, I said to myself this will be a breeze. Boy was I wrong.

Writing children’s books is as difficult as creating catchy slogans and eye-catching ads. Markets don’t stay the same. Changing demographics call for a fresh outlook and keeping a finger on a market’s pulse from a 6,000-mile distance can be difficult.

With two new books finally coming out in 2021, I confess to a few years in the wilderness, feeling out of sync and questioning whether the decision to become a full-time author was the correct one. The answer came to me over the past several weeks, and it’s a resounding YES! Certainly not because of the paycheck, but absolutely because of the impact I see that an author can make.

Over the years, here and there people have reached out, telling me how much they’ve loved this or that book. Yet it’s only been the recent cumulative effect of recognition and thanks that brought the message home. Apparently, in an unwitting fashion, I’ve been ahead of the times.

Today, there’s a loud cry for diversity in children’s literature. My books Passover Around the World and Hanukkah Around the World came out in 2007 and 2009 respectively. Five years ago, I created a unique, digital story-lesson plan series called Shabbat Around the World, available through my website. So when the Union for Reform Judaism recently posted a detailed item on their website entitled “11 Great Books about and for Jewish Children of Color” and mailed it out to their membership, I gave a startled jump when I saw the cover of Hanukkah Around the World in the visual montage. After all, it’s been 11 years since its publication. The surprise increased when I saw that the largest stream of American Judaism has been posting and emailing this same item three consecutive years, meaning my book hasn’t lost steam.

Today there is also a call for books stressing inclusivity. My book Nathan Blows Out the Hanukkah Candles was published in 2011. You can imagine how joyfully stunned I was to see the NBC News website item “Best Books 2020: Inclusive Holiday Books for Children” include this title among the 18 books it listed.

“You’ve made the Big Leagues!” a friend texted me. Yes, indeed, but more important, I’m experiencing the lasting impact of a book. Tucked in between these two personal author milestones I’ve also been receiving calls, emails and text messages about other books I’ve written. It turns out that Zvuvi’s Israel is on the gift list of many American grandparents who have young grandchildren living in Israel. Plus, I’ve recently discovered that some parents use it as an Aliya primer for introducing Israel to their children. Even Tasty Bible Stories came full circle when Deborah Kalb – herself a known children’s book author – sent me questions for a forthcoming interview on one of my new books: “SOOSIE, The Horse That Saved Shabbat.” At the bottom of her list of questions she wrote P.S. My son really liked Tasty Bible Stories when he was younger! I wish she could have seen the smile on my face. That’s a book that came out in 2003. I have no idea how old her son is today, but I’m assuming it’s been a while since he read it. Nonetheless, it clearly made an impact, to the extent that even his mother remembers it.

So, I ask myself, would I rather write a best seller or a perennial? Of course, the ideal is writing a book that is both, but I’m not deceiving myself. I’m no J.K. Rowling. However, some of my books have clearly passed the test of time. An author can’t ask for more than that, even if she did give up her day job.

Tweet
More in this category: « Storylooms - An Important Storytelling Dimension The MomMe Factor »
back to top